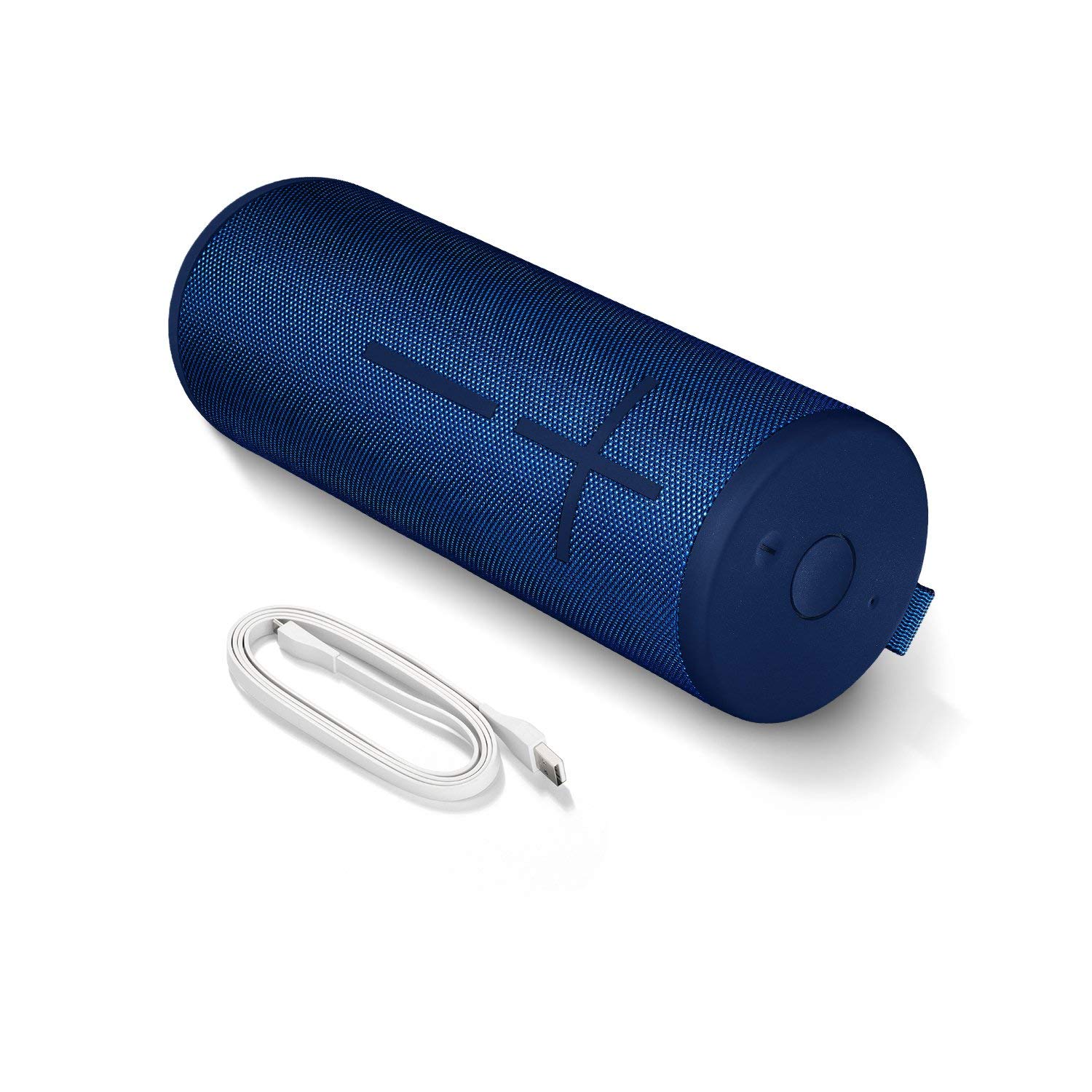 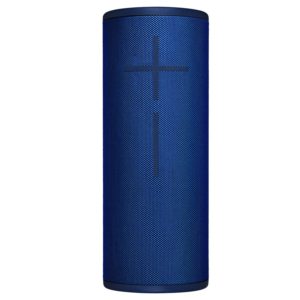 The Ultimate Ears MEGABOOM 3 speaker has a new design. 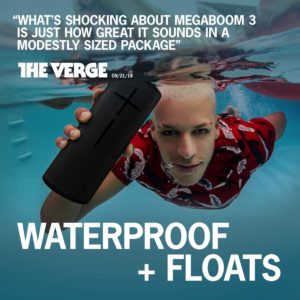 Ultimate Ears has improved upon their signature design, giving both the Boom 3 and MEGABOOM 3 a more refined look with a much more thinner and slightly more reflective material fabric mesh grill. I really like the new design language on both speakers. It’s more subtle with a more modern feel. This awesome speaker also retains its IP67 certification which means its dustproof and water-resistant and can stay submerged for up 30 minutes in up to 3 feet of water.

When it comes to durability and reliability UE speakers are a class above the competition. The Megaboom 3 is built like tanks so they won’t break or fail, and its drop-proof for up to 5 feet. 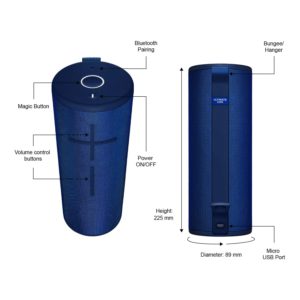 Both the Boom 3 and the MEGABOOM 3 have a similar layout when it comes to design and features. Even though both speakers share similar characteristics the MEGABOOM 3 is the bigger of the two.

At the front is where you will find the volume up and down buttons. Pressing both buttons at the same time will give you your battery life. At the back, it has a micro USB charging port for charging.

At the top of the speaker is where you will find your power and pairing buttons, but UE has now included a button that’s called Magic. This unique button gives you the ability to play your playlist without the need to use your smartphone. Just simply set it up in the UE app and you’re ready to go.

Even if the speaker is turned off, you can just press the Magic button and your playlist will start to play.

Unlike most of its competitors, the Boom speakers offer a wireless charging dock which will come in handy and makes charging a much simpler task, but it’s not included with the speaker, it is sold separately.

UE claims 20-hours of battery life but in real-world use, you will get 14-hours on average which is still pretty good and much better than a lot of the competition.

Speakers like the JBL Charge 4 claim up to 20-hours but in real-world use, your only able to get just over 9-hours of playtime at 50% volume and its a similar scenario with Sony XB speakers. So, don’t be fooled by a lot the claimed battery lives that these companies suggest. UE speakers are actually some of the best when it comes to battery life

The app gives you the ability to pair over 100 or more of these speakers together and have them all play together at the same time similar to the JBL Connect Plus. There’s also a built-in equalizer that you can use the alter the audio performance to your liking.

UE has also included a feature that allows you to use these speakers as your very own wake-up alarm.

UE claims up to 150 feet in wireless range, which is a pretty insane claim. But in real-world use, you will get up to 140 feet which is still very impressive especially when compared to its rivals. You’re also able to pair 2 different devices at the same time. 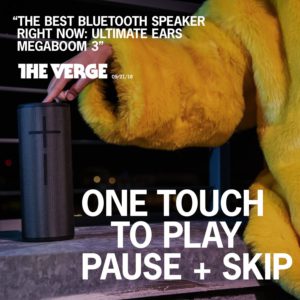 The MEGABOOM 3 is a very loud speaker and it offers more bass than the Boom 3. The bass is not deep or resonating even though UE promotes this speaker as having thunderous bass on their web page. The lack of bass isn’t a bad thing and we have come to accept it as UE’s audio signature.

For me, I would have preferred a bit more bass to compete with speakers like the JBL Extreme 2, but what the MEGABOOM 3 has over the JBL is even dispersement of audio 360 degrees in all direction.

Like the Boom 3, the MEGABOOM 3, places a lot of the emphasis on the mids. The mids a clear and strong and the highs are bright and crisp without being overpowering. These speakers are great for the outdoors.

At personal listening levels the audio is really enjoyable but at high to max volume, the Boom speakers will sound a bit raspy and jumbled and not as enjoyable.

Simply put. The Ultimate Ears Boom 3 and Megaboom 3 speakers aren’t meant to be Audiophile Bluetooth speakers, so if its audio quality you crave there are better options on the market. View Our Best Speaker Collection

These speakers are for those who want the most rugged, bulletproof speakers that you can throw and toss anywhere and not worry. You can get dirt, sand, and water all over it and still be able to get good music for general entertaining. 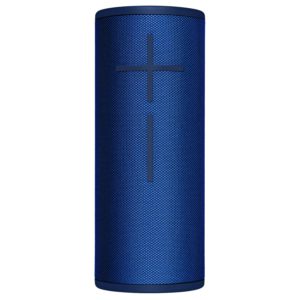 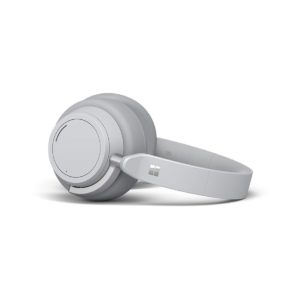 Our round-up has the very best Bluetooth speaker under the $100 price point. We believe that speakers at this price...