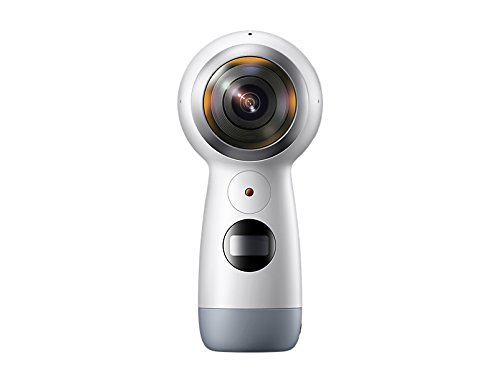 This cute and funky looking camera is a 360-degree camera.

The Gear 360 is easy to grip with the side keys sitting right under your thumb which is great if you’re a right-handed person. The shutter button is located at the front.

This little device is packed with a lot of features and learning to use it is simple and easy. You can take pictures, record videos which you can continuously loop. 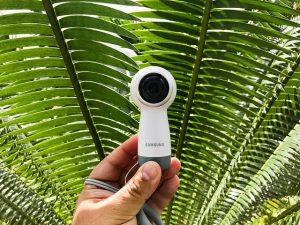 The Gear 360 can be used as a regular camera without even touching the 360-degree function. With a tripod and app for remote control, the Gear 360 could be your go to camera from time to time. 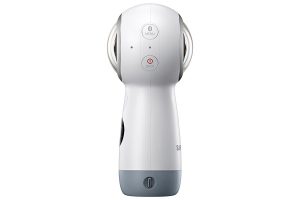 The front and back cameras are the same each having a 8.4-megapixel camera with a super wide-angle lens so whether you shoot with the back or the front you’re going to get the same exact quality. But that quality isn’t always the best, in single lens mode still shots max out at 3 megapixel which leads to fussier photos when compared to modern smartphone cameras.

Once you put it in dual lens mode the camera starts to shine with the Panamera display. You can upload your videos to social media like Facebook, where your friends will be able to manipulate the camera angle themselves to see the entire picture in 360-degrees.

You can also save your videos in 2D and have more fun shooting subjects.

When you’re using it to shoot dual lens videos the Gear 360 can go all the way to 4K resolution. You’ll be able to shoot brilliant 360-degree videos with support for VR.

Sound capture is awesome even when you hold the camera far away from your face it will still pick up whatever you say.

It records to a microSD card to which you can then transfer your files via WiFi direct or USB-C cable.

The Gear 360 has a smaller battery than its predecessor but you can get it to last a few days if you use it in standalone mode.

It’s rated to IP53 so you can’t do underwater filming.

The biggest issue I found is that Samsung made the Gear 360 to work with the iPhones and the Galaxy phones alone, it won’t work with any other Android phones. 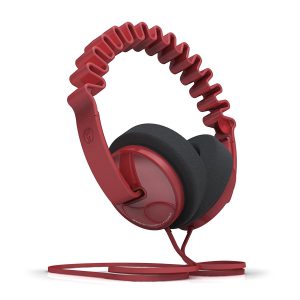 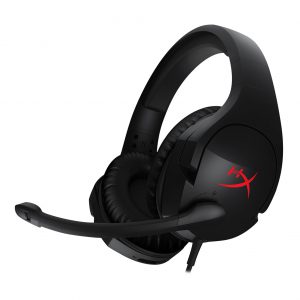 Enjoy the best reading and writing experiences possible on an eReader with the Amazon Kindle Scribe. This E-Ink tablet features...

With this Palm-sized Open Source Bionic Robot Dog, you and your kids can have fun while learning. Petoi Robot Dog...

Unlike regular handbags, laptop tote bags are designed to carry a laptop and tablet comfortably while still having plenty of...

With some of the most advanced technology, the iPad Pro 2022 pushes the boundaries of possibilities in so many ways....